Our Strategic Vision Is Propelled by Three Key Drivers

Ontrak Health transforms the health care journey for people with complex physical, mental and social care needs, when they need it most, through our AI-infused, evidence-based clinical model.

Proprietary and preferred Provider network closely connected to our coaches. 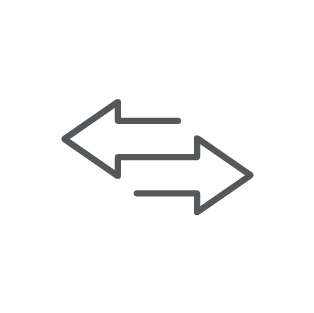 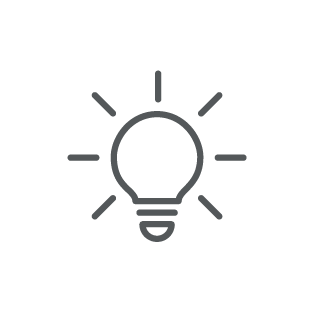 We take full ownership of our actions and expect the same from our colleagues because we are all here to drive the business forward.

We are a diverse and inclusive team where everyone feels empowered to bring their unique perspective to work and be heard every day.

We focus on care and engagement to create outcomes for members and customers. It’s the most important thing we do.

We do the right thing even when it’s difficult, are honest and transparent, and deliver our promises to customers, members, and each other. 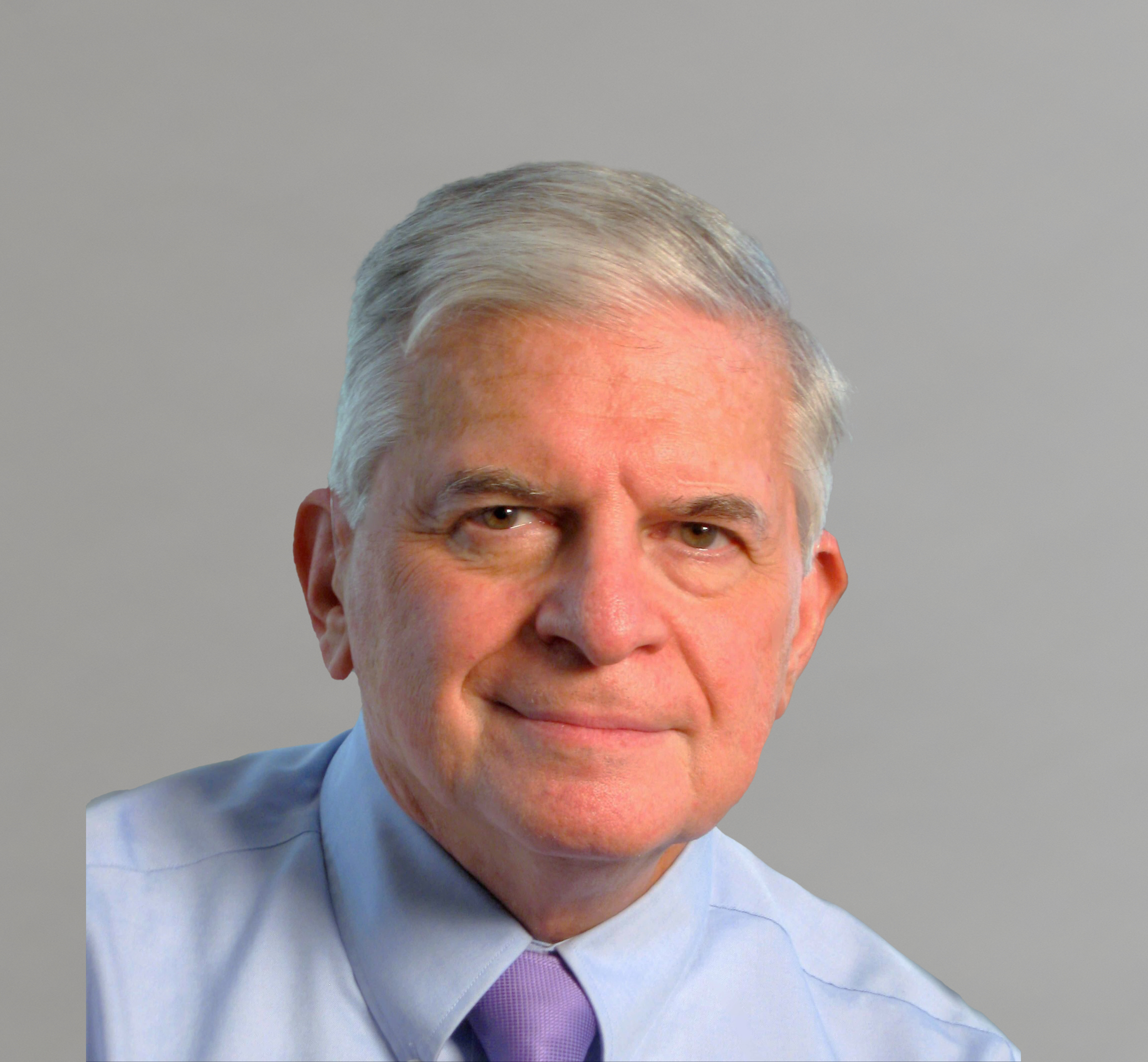 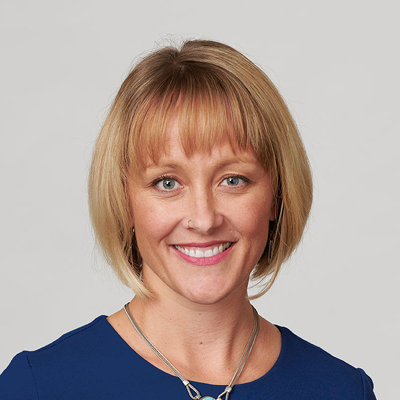 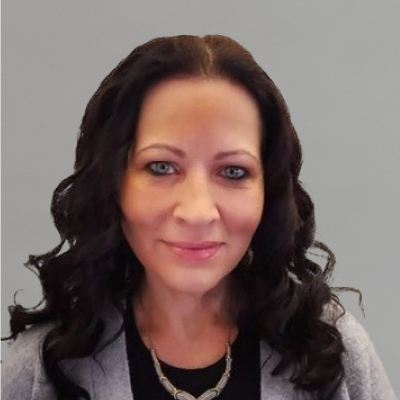 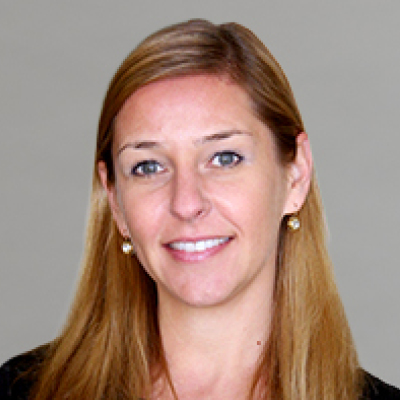 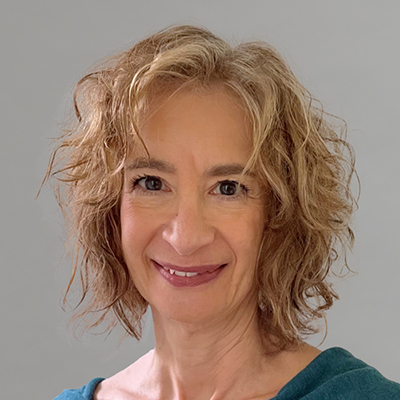 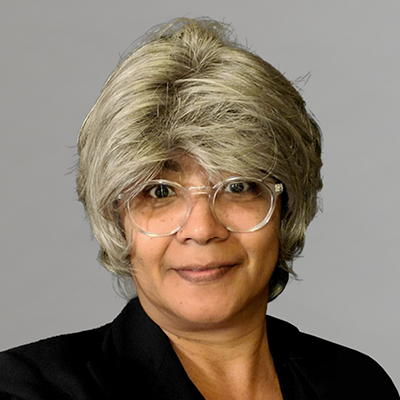 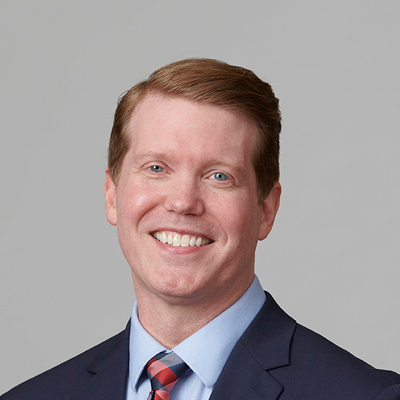 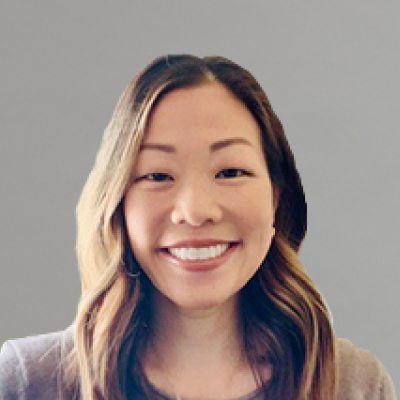 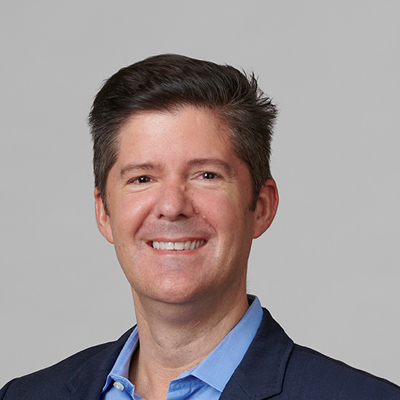 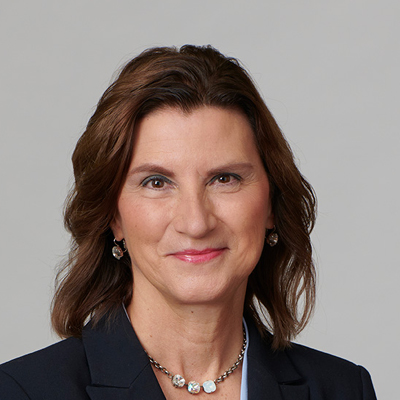 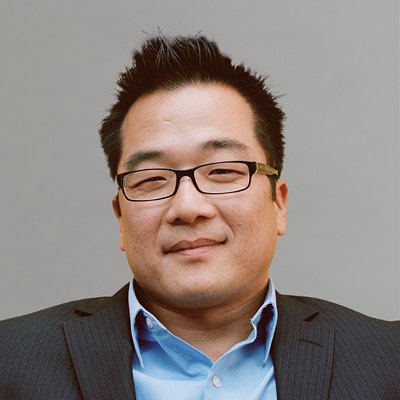 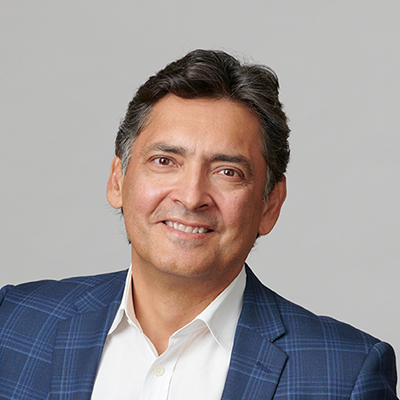 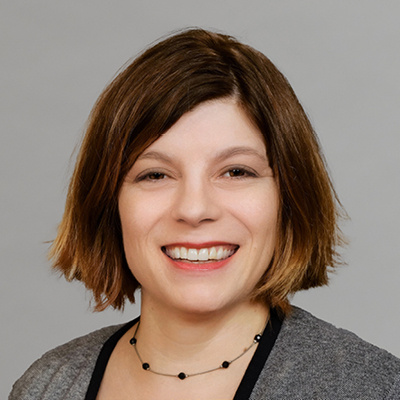 Leonard Bickman, Ph.D. is Ontrak’s Chief AI Officer and responsible for our AI innovation and development. He is a research professor at Florida International University, and professor emeritus at Vanderbilt University. He was a Senior Policy Advisor at the U.S. Substance Abuse and Mental Health Services Administration where his holds the Secretary’s Award for Distinguished Service. He was recently appointed to the National Advisory Council for the U.S. Center for Mental Health Services.

He is coeditor of two handbooks on social research methods and a social research methods series, and co-editing a new handbook on program evaluation. He is editor-in-chief and founder of the journal Administration and Policy in Mental Health and Mental Health Services Research. He has published more than 15 books and monographs, and 200 articles and chapters. Dr. Bickman received funding that placed him in the top 5% of developmental scientists nationally. He has received several awards recognizing his significant contributions including: a Fulbright Senior Scholarship; The American Psychological Association’s Public Interest Award for Distinguished Contribution to Research in Public Policy, and the Education and Training in Psychology Award for Distinguished Contributions; Vanderbilt University’s Earl Sutherland Prize for Achievement in Research; and the American Evaluation Association Outstanding Evaluation Award and the Association’s Alva and Gunnar Myrdal Evaluation Practice Award. He is a past president of the American Evaluation Association and the Society for the Psychological Study of Social Issues.

Brianna is responsible for leading product development, network, and clinical operations. She has over 14 years of healthcare experience and leadership in start-ups, public and private sector organizations focused on value-based care delivery innovation, and product development. Brianna has her master’s degree in mathematics and is currently pursuing her Doctorate in Business Administration. In 2017, Brianna was awarded a 20-year federal utility patent for a digital system that monitors treatment adherence.

Jenifer is responsible for Provider Services and Operations at Ontrak, where she has worked in various roles across the organization since 2012. She has over 20 years of experience in provider services, operations, product management and data analytics. Jenifer has a proven track record of building and maintaining provider networks that work collaboratively with our care team to service members most at need.

Susan is responsible for financial planning, reporting and risk management. She joined Ontrak in 2008 and has extensive accounting and financial experience from both private and public companies.

Dr. Feld leads clinical strategy and program innovation at Ontrak Health with direct responsibility over our Care Community. She brings over two decades of clinical experience, over 10 years of health plan leadership, and is a Distinguished Life Fellow of the American Psychiatric Association. Judy joined Ontrak in 2020, bringing deep expertise in the successful implementation of behavioral health integration initiatives and innovative solutions in the care of vulnerable populations.

Sandy leads Human Resources for Ontrak, including talent attraction and acquisition; compensation; benefits; diversity and inclusion; performance management; employee reward and recognition strategies; and consultative business support. She joined Ontrak in 2019 with more than 25 years of experience to support the organization’s growth and transformation initiatives.

Arik is responsible for technology architecture, engineering, corporate IT, data management, data science, and analytics. Arik was most recently CIO for a 150-year-old non-profit that is both established and innovative, people-centered and data-driven. He has significant international professional consulting expertise, including KPMG and Accenture, driving digital transformation in organizations of all sizes, from startups to multi-nationals. Through decades of experience, he has a track record of proven executive leadership and subject matter expertise in business operations and strategy, product and process engineering, digital services, and customer success.

Sun is responsible for overseeing all aspects of the Ontrak program for compliance with regulatory and contractual requirements. She joined Ontrak in 2020 with over 20 years of leadership experience in managed care compliance, delegation oversight, and accreditation. She most recently served as Chief Compliance Officer for Agilon Health and previously held executive roles at WellCare, CalOptima, and Gorman Health Group.

Tanya is responsible for all new partner and existing implementations/on-boarding as well as company-wide cross-functional projects. She joined Ontrak in 2017 and has extensive experience in complex program and project management, operations and network management with health plan managed care and benefit management companies.

James leads all aspects of our finance and HR operations. He joined Ontrak in 2019 and brings over 20 years of accounting experience, including 7 years as a Controller of a $3 billion SaaS company and 10 years at PricewaterhouseCoopers.

Terren is an entrepreneur, investor, and financier with a special interest in healthcare. He is the founder of Ontrak Health and has served as the Company’s Chairman of the Board of Directors since the company’s inception in 2004. In August of 2022, he resumed his role as Chief Executive Officer.

Jaime leads all of our corporate, customer, product, consumer marketing, and member enrollment. Since joining Ontrak in 2020, he has implemented a lead generation effort, launched our first national marketing campaign, and developed a new brand strategy for the company. Jaime has decades of global leadership experience after serving as President of Global Brand Management at Ogilvy and most recently as a Global Client Leader at WPP.

Terren S. Peizer is the founder of our Company and an entrepreneur, investor, and financier with a particular interest in healthcare, having founded and successfully commercialized several healthcare companies. He has served as Chairman of the Board of Directors since the Company’s inception in 2003 through April 11, 2021. Effective April 12, 2021, Mr. Peizer was appointed to serve as the Executive Chairman, and continues to serve as Chairman of the Board. He resumed his role as Chief Executive Officer on August 12, 2022. Mr. Peizer is also the founder, and Chairman of BioVie, Inc., a biotechnology company with a focus on end stage liver diseases and inflammatory, neurological, and neuro-degenerative diseases. Mr. Peizer is also Executive Chairman of Verde, Inc., a company producing 100% plant-based, compostable, and biodegradable plastic. He is also Executive Chairman of the mobility company EVmo, Inc. and the mobility delivery company ZipMo, Inc. He also is Executive Chairman of the blockchain company, Casper Labs, Inc. Mr. Peizer is Chairman of Acuitas Group Holdings, LLC, (“Acuitas”) his personal investment vehicle, and holding company that is the owner of all of his portfolio company interests. Through Acuitas, Mr. Peizer owns Acuitas Capital, LLC, an industry leader in investing in micro and small capitalization equities, having invested over $1.5 billion directly into portfolio companies. Mr. Peizer has been the largest beneficial shareholder of, and has held various senior executive positions with, several other publicly traded growth companies, including having served as Chairman of Cray, Inc., a supercomputer company recently sold to Hewlett Packard, Inc. Mr. Peizer has a background in venture capital, investing, mergers and acquisitions, corporate finance, and previously held senior executive positions with the investment banking firms Goldman Sachs, First Boston, and Drexel Burnham Lambert. He received his B.S.E. in Finance from The Wharton School of Finance and Commerce. 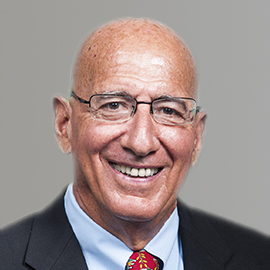 Richard A. Berman has served as the Company’s director since 2014. He is the Associate Vice President of Strategic initiatives for the University of South Florida Research and Innovation, visiting professor of social entrepreneurship in the Muma College of Business, and a professor in the institute of innovation and advanced discovery. As a recognized global leader, Mr. Berman has held positions in health care, education, politics and management. He has worked with several foreign governments, the United Nations, the U.S. Department of Health and Welfare, the FDA, and as a cabinet level official for the state of New York. He has also worked with McKinsey & Co, NYU Medical Center, Westchester Medical, Korn-Ferry International, Howe-Lewis International and numerous startup companies. In 1995, Mr. Berman was selected by Manhattanville College to serve as its tenth President. Mr. Berman is credited with the turnaround of the College, where he served until 2009. Mr. Berman serves on the board of several organizations and is an elected member of the National Academy of Medicine of the National Academy of Sciences (Formerly known as the Institute of Medicine). Mr. Berman received his BBA, MBA, and MPH from the University of Michigan and holds honorary doctorates from Manhattanville College and New York Medical College. 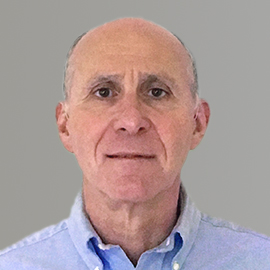 Michael Sherman has served as the Company’s director since July 2017. He has worked in finance for over 30 years, having last served as a Managing Director in Investment Banking, at Barclays Plc. Prior to Barclays, Mr. Sherman was at Lehman Brothers, Inc. and Salomon Brothers Inc. Mr. Sherman specialized in equity capital markets and covered Healthcare companies, in addition to companies in other sectors. Mr. Sherman also is currently a Board Member at BioVie, Inc., a specialty pharmaceutical company. Mr. Sherman began his career in finance as a lawyer at Cleary, Gottlieb, Steen & Hamilton in New York City and Hong Kong. 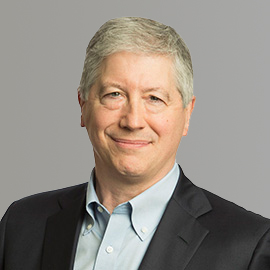 Mr. Messina is a Co-Founder and General Partner of Seattle Hill Ventures and x4 Capital Partners, which invest in, and support, startup ventures by providing business development, marketing, operating and technology support. Previously, Mr. Messina was the Executive Vice President and Chief Operating Officer for Premera Blue Cross (“Premera”). He was responsible for effectively servicing the needs of Premera’s customers with oversight of all operational functions, from customer service to claims processing. Mr. Messina also led Sales and Marketing, responsible for growth and earnings across all markets and business lines throughout the Premera family of companies. Prior to joining Premera, Mr. Messina served as President and Chief Executive Officer of CareSite Pharmacies. He previously served as Chief Executive Officer and President of HealthMarket, a consumer-driven insurance company. Mr. Messina also served in senior level roles at CIGNA and UnitedHealth Group.